My Testimony at the June 8, 2010 Hearing on the USDA Proposed Dietary Guidelines

Since the first published U.S. Department of Agriculture (USDA) Dietary Guidelines for Americans in 1980, epidemics of disorders such as diabetes, asthma, cancer, and obesity have characterized Americans today as our sickest generation. The dietary guidelines fail to acknowledge man made products and processes that are highly processed, nutrient deficient, adulterated foods approved under the science-based paradigm this report applauds. The highly processed products parading as food that these guidelines recommend are in fact devoid of the nutrients that make whole foods healthy and bio available.

The guidelines confuse nutrients with calories, and reveal a poor understanding and knowledge of real food from pasture-raised animals and fruits and vegetables devoid of neurotoxic and carcinogenic chemicals. To say that ecologically/organically produced foods are no different from chemicals parading as food or foods grown and laced with toxic chemicals is contradicted by a wealth of literature apparently ignored by this USDA panel. Evidence even links Parkinson’s to organophosphates.

Findings of the President’s Cancer Panel (PCP; completely refutes the statements in the USDA claims that there is a lack of evidence linking foods and chemicals to cancer. The panel identified “preventable cancers caused by untested and/or poorly regulated chemicals, pharmaceuticals, medical tests, and other environmental causes we can and should control.” In a directive to President Obama, the report states, “The panel urges you most strongly to use the power of your office to remove the carcinogens and other toxins from our food, water, and air that needlessly increase healthcare costs, cripple our nation’s productivity, and devastate American lives.” Cancer experts such as Dr Sam Epstein [The Politics of Cancer; The Safe Shoppers’ Bible] have been warning about carcinogens and other toxic chemicals in consumer products (cosmetics, personal care products, cleaning products) and foods (bovine growth hormone (BgH) in cattle).

Exercise increases energy levels, but this report erroneously links energy levels to refined sugars, which actually reduce available energy. The body wastes energy trying to metabolize a substance the body is not meant or equipped to consume. This report underestimates the importance of daily exercise and ignores studies from the 1980s documenting how weight-bearing exercise classes for nursing home populations aged 85 to around 100 achieved an 85 percent reversal of physical disabilities. National Geographic highlighted functional octogenarians from around the world and identified commonalities that include a diet of fresh foods (fruits, vegetables, and animal products) and participating in raising and even slaughtering their food.

The guidelines also treat animal fats and sugar as equally harmful and ignore the links between obesity and diabetes and endocrine-disrupting chemicals (including hormones injected into animals) and pesticides found in conventional animals raised in confined animal feeding operations (CAFOs), which the American Public Health Association says should be shut down. I have attached more research on those facilities.

The report confuses the relationship between “excess energy intake” and calories/overnutrition that appear to have no scientific basis and ignores the endocrine-disrupting hormones and chemicals in our food (see Our Stolen Future by Theo Colborn, Ph.D.; Chemical Exposure and Disease and Life’s Delicate Balance [about environmental causes of cancer] by Dr. Janette Sherman, M.D.; My Healing from Breast Cancer by Barbara Joseph, M.D.; and books by Sandra Steingraber, Ph.D). This notion of “grain-based desserts” is also novel.

There is almost an obsession with adiposity in the discussion of the guidelines, even though these epidemics happened on USDA’s watch when so many people were adhering to the USDA guidelines. The guidelines have consistently failed to distinguish between real food and nutrient-deficient chemicals and other toxins parading as food. History shows that when most Americans ate mostly animal products from animals raised in sunlight and pasture, unadulterated full-fat diary products, and chemical-free fruits and vegetables all locally raised, these epidemics did not exist and people lived long lives.

The report is correct that “Eating patterns established during childhood often are carried into adulthood.” But hopefully for the next generation, these recommended guidelines will not be their diet. Where have these “experts” been while schools were inundated with vending machines selling candy and sodas and schools eliminated kitchens and fresh wholesome food for lunch? I visited the central kitchen for Montgomery County (Maryland) schools, and I would not put those artificial chemicals and fumigated boxes of so-called fresh fruit in my compost pile.

I am not a fan of the highly flawed, one-size-fits-all double-blind study paradigm, but there is a control group that refutes so many assumptions reflected in these guidelines. The Amish eat the healthiest animal products, including real (unpasteurized) milk and other whole milk products. These people come in contact with non-Amish populations but are not experiencing or dying from our epidemics or from the illnesses we are vaccinating children against (vaccines that include mercury and other dangerous toxins).

The guidelines do not adequately distinguish between foods that are replete with excessive amounts of poor quality sodium (supermarket salt containing dextrose) versus minimally processed, mineral-rich sea salt. This panel seems unaware of the Western diet: unnaturally raised and processed chemicals parading as food. First generation immigrants to this country are usually much healthier than Americans. By the second generation, the typical American diet eliminates that positive health status.

Dr. Robert Atkins was a trained cardiologist, and his patients thrived on a high-protein (ecological/organic), low-carbohydrate, beneficial full-fat diet. He found that in the Framingham Study, the nurses on the low-fat diets were the sickest. Bill W., co-founder of Alcoholics Anonymous, attributed his success with that population to this same diet (which also eliminates caffeine and sugars) and niacin supplements. Dr. Richard Bernstein’s books contain a wealth of research supporting this diet (The GlucograF Method for Normalizing Blood Sugar; Diabetes Type II: Living a Long, Healthy Life Through Blood Sugar Normalization; Diabetes Solution: The Complete Guide to Achieving Normal Blood Sugars; and The Diabetes Diet: Dr. Bernstein’s Low-Carbohydrate Solution), as does Hypoadrenocorticism by Dr. John Tintera.

In contrast to the above dietary recommendations, the USDA’s “sound science” includes atrazine, round-up, bovine growth hormone, transfats, products from CAFOs and cloned “animals” parading as food, and genetically modified (GM) foods, which I characterize as solutions in search of a problem given the wonderful ecological/organic farmers we have around the country. Many of these beautiful farms appear in books by organic farmer and photographer Michael Ableman (From the Good Earth, Fields of Plenty, and On Good Land).

As more Americans adopted the USDA recommendations, the sicker we as a nation have become. I see women on low-fat diets who are shriveling up from the inside out. The USDA tells Americans that their conventionally raised foods are the safest in the world and people believe it and they are sick. The USDA tells Americans that their “safe” food should also be cheap and they believe it, so fewer consumers shop at farmers’ markets. Too expensive they say, and they are sick.

Pathologist Kilmer McCully, M.D., was the first to propose the homocysteine theory of cardiovascular disease and is the author of the book, The Homocysteine Revolution. Dr. McCully rejected the evidence implicating cholesterol as the cause of heart disease while he was teaching at Harvard. His evidence links vitamin B6, B12, and folic acid deficiencies to elevated homocysteine levels that lead to arteriosclerosis, which is now widely accepted.

According to respected researchers who recognize the benefits from ecological/organic animal products and produce, 90 percent of what most supermarkets sell is either nutritionally worthless or even harmful. These researchers recommend that we shop with our grandmothers or great-grandmother on our shoulder. If they do not recognize something, we should not buy or eat it.

From an era where today’s epidemics did not exist, my healthy grandmother would recognize locally grown potatoes fried in lard. Her unadulterated, unpasteurized milk and other full-fat dairy products from animals raised in pasture and sunlight strengthened her immune system and protected her from a range of commonly occurring viruses and harmful bacteria. So did her fermented cod liver oil, which numerous mainstream magazines at the time recommended. Fermented vegetables would also be familiar to her, but unfermented soy (a phytoestrogen) would not be familiar.

People often choose their foods based on moral or philosophical principles, research that makes sense to them, or personal experiences with different diets. Food choices can reflect belief systems and values. The notion that a small group of unaccountable government bureaucrats will determine what the whole country should eat, including food served in public schools, is almost too audacious to contemplate. No government agency deserves that level of credibility or trust.

So instead of dictating these lifestyle and philosophical choices and decisions, the public should demand that the USDA serve as an information clearinghouse by posting the different diets, research findings (pros and cons), and outcomes submitted by consumers and health care practitioners. Consumers and practitioners can then use this information to make their own decisions and to challenge corporate/food industry-driven government dictates when needed.

Alyce Ortuzar is a Medical and Social Science Researcher and Writer for the Well Mind Association of Greater Washington, and a member of the Weston A. Price Foundation. The Well Mind Association was founded in 1967 as a holistic medicine information clearinghouse focusing on environmental and nutritional influences on mental and physical well-being. They maintain a national database of holistic health practitioners, and provide free referral service to the public. Their mission is enable people to access the safest and most effective treatment, practitioners, and research and outcome data. Contact them at P.O. Box 312, Ashton, MD 20861 (301.774.6617).

This blog post is part of the Fight Back Friday blog carnival, see Food Renegade for more lively commentary. 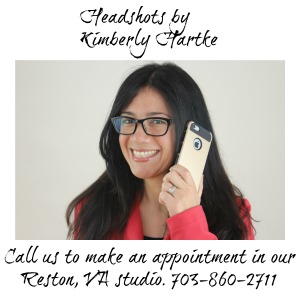